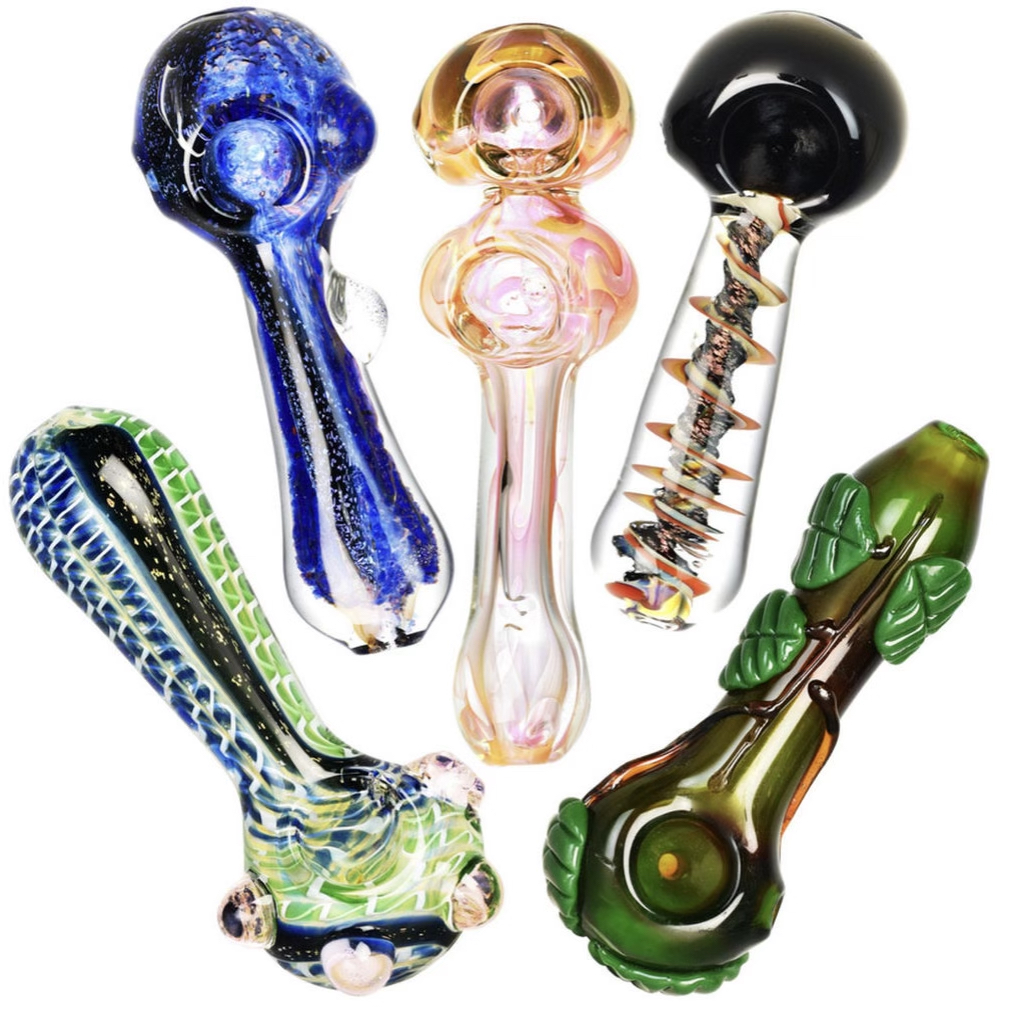 When I began smoking weed about 6 years ago, I quickly became interested in the different ways that smokers to partake. It turned out to be much more complex than I expected. Of course, this just made me want to know more. I learned so much that I decided to open a smoke shop. I can give my customers seriously in-depth information, and I also can share information via this blog with you. I plan to do a series of blog posts related to the different smoking devices.

The hand pipe, also called a SPOON PIPE, is usually a small piece that can be wood, rock, metal, silicone or glass. There will be a round indent with a hole in the bottom (called the bowl) where you place ground up marijuana. If the pipe or this part of the pipe is metal, sometimes there is a metal screen to keep the weed from being sucked down into the pipe. There is usually a hole on the side of the bowl next to where you put weed. This is called a carburetor hole or “carb,” for short. When the weed is in the bowl, you use a lighter or torch to light the weed and cover the carb hole with your thumb while sucking out the other end. After you take the hit of weed, you let your thumb up from covering the carb hole and suck in at the other end of the pipe where there should be another hole. Depending on the size of the bowl, you can usually get several hits off of one packed bowl. Frequently, people who smoke in a group will pass the pipe around and everyone can smoke off the same bowl.

There is also a simpler device called a ONE HITTER. A one hitter has a small bowl and a place to suck out the other end, but it does not have a carb hole. True to its name, a one-hitter is small and only accommodates one good, maybe two, hits.

One other smoking pipe device is called the CHILLUM, which is just a larger one-hitter. More weed can be packed in the bowl to get 2 to 4 hits, typically. When purchasing a chillum, pay attention to the size of the bowl. If that part is too big it becomes awkward and harder to smoke where it might be better to just use a spoon pipe.

One tip I like to share is to keep baby wipes and hand sanitizer easily accessible and keep you and your surroundings clean. To clean the pipe, you will need something stronger. There are a lot of products out there that work well, or you can find 90%+ proof rubbing alcohol to do the job.

Have fun. Be safe. Let me know your thoughts about smoking a spoon pipe, one hitter and chillum.